All is made possible by pizza. People can say things like “money can’t buy happiness,” implying that they’ve never spent money on pizza. It’s not possible. There isn’t a single person on the planet who hasn’t had a slice of pizza.

Pizza is the best food on the planet. Pizza is unique for everyone, whether it’s vegetarian, pepperoni, margarita, or capriccios.

Pizza is a well-known fast food all over the world. Pizza-obsessed children and teens are the ones that go crazy. Adults are no exception, of course. They adore the ideal pairing of wine, pizza, and their significant other.

Pizza has been consumed for decades. It’s not anything that appeared out of nowhere on the menus. However, do we know where it comes from?

Pizza was invented in Naples in the eighteenth century. Since then, it has become a distinctive symbol of Italy, making the country well-known. The word “pizza” comes from the Latin word pinsa, which means “flatbread.”

It’s no surprise that pizza is usually made with essential ingredients: dough, tomato sauce, cheese, and basil, given that it originated in Italy. Not only are these ingredients fresh in Italy, but the red, white, and green colors reflect the Italian flag, making pizza a patriotic dish. The pizza has a slight, light crust with a thin layer of sauce and cheese on top. The dough is baked until it puffs up around the edges and becomes golden brown on the bottom, leaving it light and crispy.

Traditional Italian pizza is shaped like a whole pie. You can order an entire pizza and split it with the rest of your family.

You’ll also note that authentic Italian pizza does not have toppings and sauce mix cooked together.

Some pizzas come without sauce and are just drizzled with olive oil. “Bianca Pizza” is the name given to this type of pizza. Prosciutto, mozzarella, and several herbs such as basil, rosemary, arugula, and capers are layered on top.

Small, light and crispy pizzas are the hallmarks of traditional Italian cuisine. Authentic Italian pizza is traditionally prepared in a wood-fired oven.

There’s nothing quite like the real thing, and going to a proper pizzeria that uses fresh ingredients makes all the difference compared to delivering pizzas. Furthermore, if the crust is thinner, you would be able to eat more pizza. Fresh basil is also a plus: it adds a lot of flavor and complexity to the dish. When I order proper pizza, I still feel pampered; it’s a real treat.

Okay, Italian pizza is incredible, but if it isn’t consumed right away, it can become soggy and tasteless. Although it is possible to get it shipped, it is rarely as good as eating it at the restaurant. Another disadvantage of Italian pizza is that the number of ingredients is not always limitless. Even though pizza joints have become increasingly inventive, you won’t be able to order a Hawaiian Pizza very often; it’s simply not Italian.

Now it’s time for some American-style pizza! After a long day – or a short one, pizza is pizza – most takeaway chains serve this type, which is comforting to most. It’s essentially an Italian-style pizza with a few exceptions, most notably the crust. American-style pizzas have a much thicker, chewier crust that is much denser and hence holds more ingredients. While this is not always the case, most takeaway pizzas contain significantly more cheese and tomato sauce, as well as toppings. American-style pizza is the king of pizza in terms of size. It’s not that I’m complaining; it’s just the way things are.

The fact that American Pizza is so conveniently served is a big plus. I’ve ordered Domino’s several times, and it’s always delicious—and delivered quickly! Another benefit is the variety of toppings: have you tried Mac and Cheese Pizza? How about Taco Pizza? When it comes to American pizza, there are no rules, and the options are endless, so there’s plenty of space for experimentation.

Unlike Italian pizza, many of the ingredients used in American pizzas aren’t as fresh—mostly because fresher ingredients are easier to come by in the countryside of Italy, and you probably don’t have to deliver thousands of pizzas to hungry students. The crust is also thicker unless you order thin crust, which is still very paper-like and lacks flavor compared to the thicker crust, in my opinion. It’s also heavier; I’m not suggesting you can’t consume an entire large pizza in one sitting, but it’s far more complex. But it’s worth a shot.

To summarize, both Italian and American pizza is delicious, and you can’t go wrong with either; it all depends on your mood. If you’re feeling fancy and have more time, go for Italian style because tradition is unbeatable. However, if you’re having a movie night with friends, go with American because it’s easier to get delivered and you won’t have to leave your home. Don’t forget to take advantage of the student discounts! 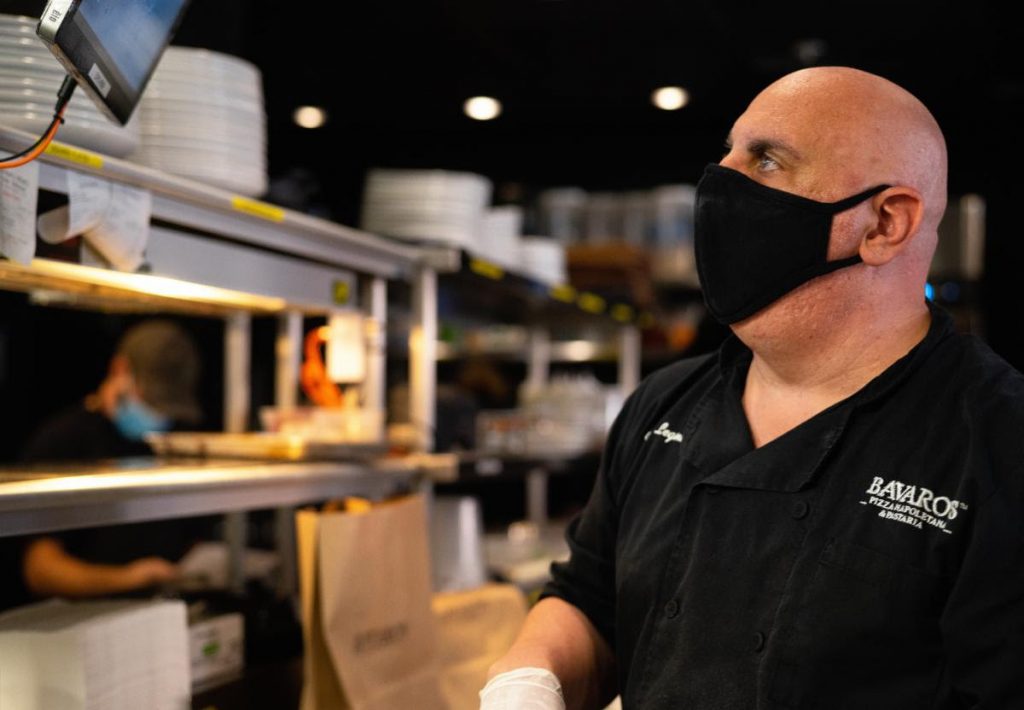